Only one shape from beginning to end of the film. Each item is chosen for the role of Lily Collins condenses the character’s personality and brings a streamlined beauty, creating breathing space for psychological developments.

It’s time to say goodbye to the bright and lively Emily in Paris; the role of Lily Collins in the new Netflix series is not impressed by an eye-catching visual but arouses curiosity in the audience’s heart with psychological depth. Even without a specific name and only bearing the title of the wife of a technology billionaire, the challenge for stylist Megan Gray is encapsulated in one outfit. It sounds lighthearted, but it’s a suit to show it all, similar to “a one-second play”, – according to Megan.

Gray has been in constant discussion with Lily and writer, director, and producer Charlie McDowell (who is also the actress’ husband) about the possible aesthetic of a woman who is calm and intelligent but deep inside. Feel trapped in his new life. After two revisions, the team finally decided to choose a black silk shirt with floral motifs and V-neck for Lily. It was paired with skinny black jeans. The purpose is to show off the billionaire’s wife’s physique – who is beautiful but comes from an ordinary background. She will be suitable for high-class but straightforward clothes. 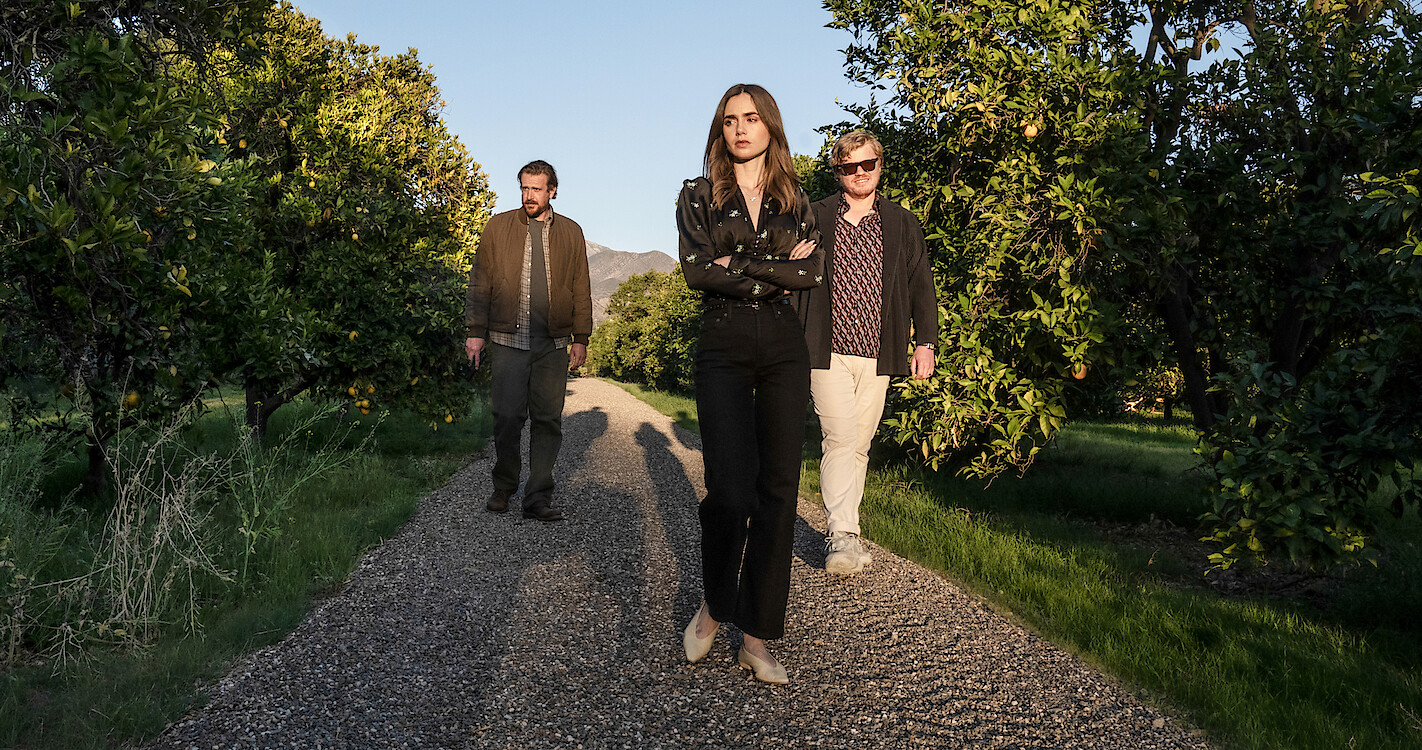 But the wife carried a “free spirit” before marrying the wealthy CEO, which led to the answer being Bottega Veneta’s white pointed shoes. It’s brighter than the overall set, still classic and elegant but seems ironic in situations where a quick escape from the thief is required. The first few scenes feature brown blazers and sunglasses.

Also of note is the refined appearance of the Cartier jewelry series. Right from the beginning of the movie, the wife accidentally revealed a pair of round earrings, gently shining when she pushed back her graceful hair. Lily confirms the Cartier Love earrings in 18k gold to be “small but mighty” when it doesn’t fade her image on the screen.

The necklaces, rings, bracelets, and watches that Lily Collins wore in the movie are all minimalist designs from Cartier. They have a remarkable ability to synergize to portray a realistic wife who doesn’t like coloring. The Pluie de Cartier necklace, the Juste un Clou bracelet, the Trinity de Cartier ring or the Tank Louis Cartier watch give the wearer a mature but not heavy feel.

The Santos-Dumont watch is also an essential accessory in the image of the CEO character played by Jesse Plemons. This is one of the iconic creations that built Cartier’s reputation from the very beginning. Unlike the previous version of the Santos watch, the design used in the film has been refreshed with a larger square dial and surrounded by hardened steel. 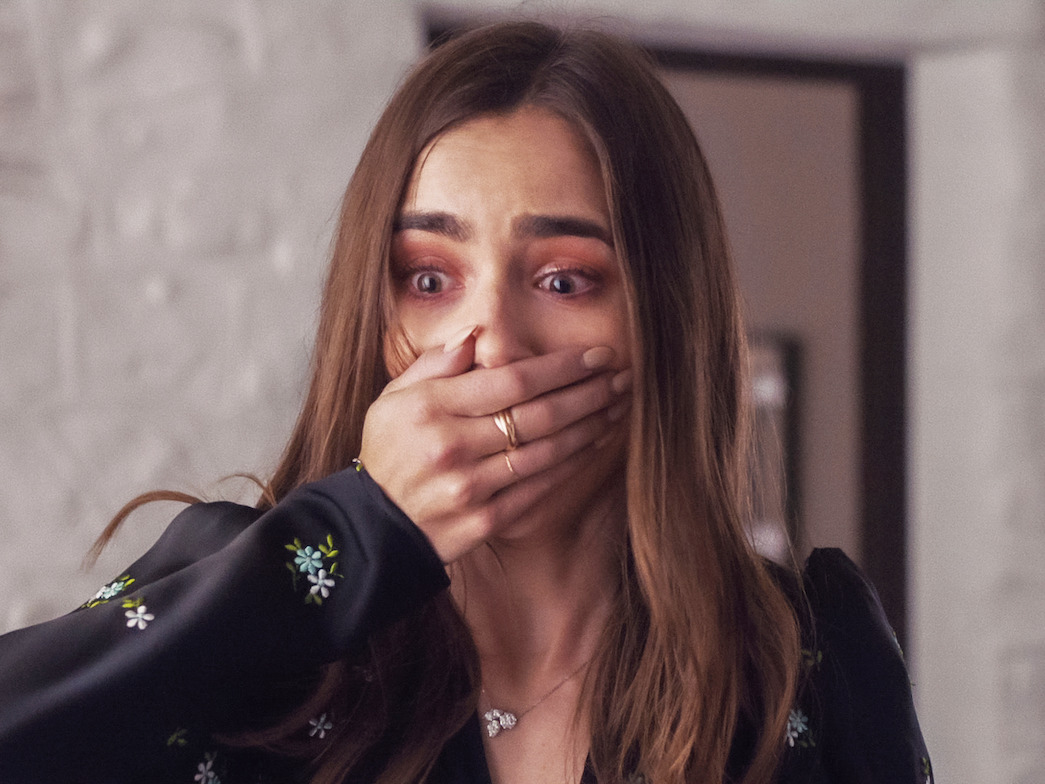 Building the movie in a classic direction, the whole scene is surrounded by a neutral and brown color palette. For example, the thief found the Cartier jewellery box while rummaging through the house. The famous Cartier Red Box wrapped in red leather is a dream of luxury, and it perfectly reflects the thief’s dream of changing his life at the moment.